In 2017, L’âge de la tortue published The Encyclopedia of Migrants, a 1782-page book which brought together 400 testimonies from migrants across 8 European cities. The publication gave rise to an artistic, citizen-led movement which aims to bring these intimate stories to public attention. From the mind of director Paloma Fernández Sobrino, Fusée de détresse is an artistic approach which aims to produce shows based around The Encyclopedia of Migrants.

The first show (Distress Flare #1) is the result of an encounter between the director and Arnaud Halet, who heads the gamelan Kyai Bremånå, a majestic ensemble of traditional Indonesian instruments. The readers of The Encyclopedia of Migrants are joined on stage by gamelan musicians, creating a truly original mix of music and vocals. The show premiered in Rennes during the Les Tombées de la Nuit festival in July 2018, before being reprised as part of the Dedans/Dehors event at Les Champs Libres in December 2018. 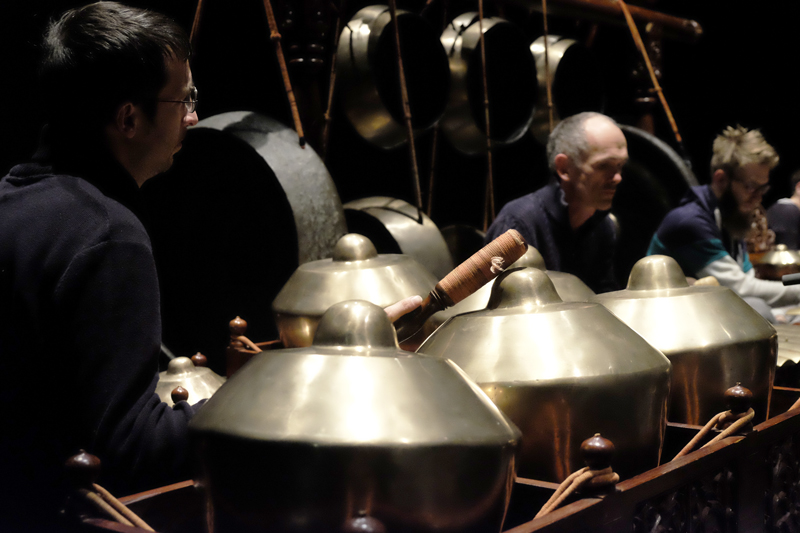 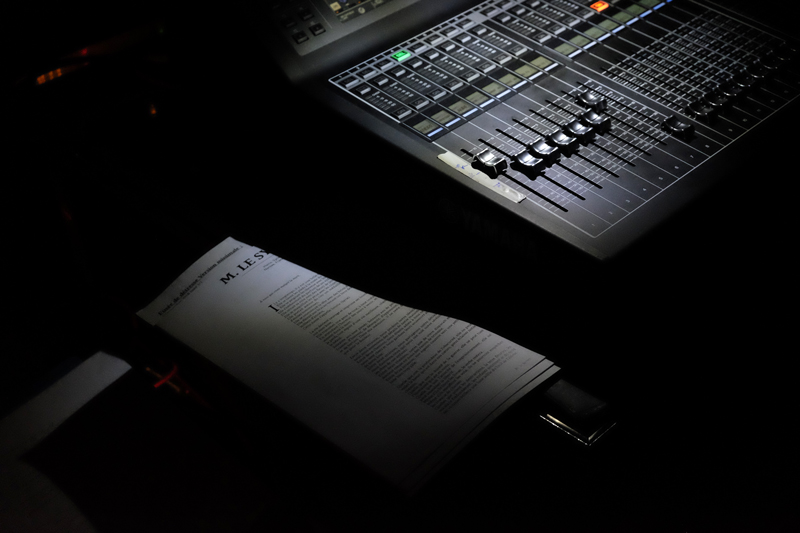 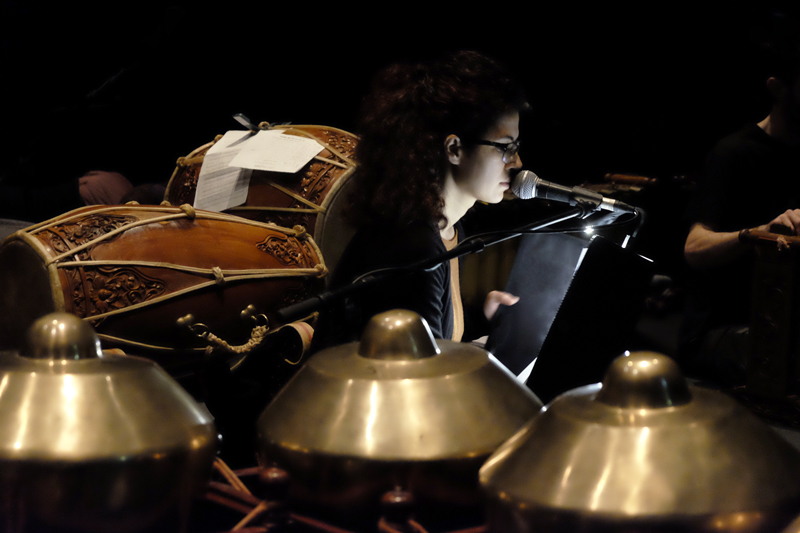 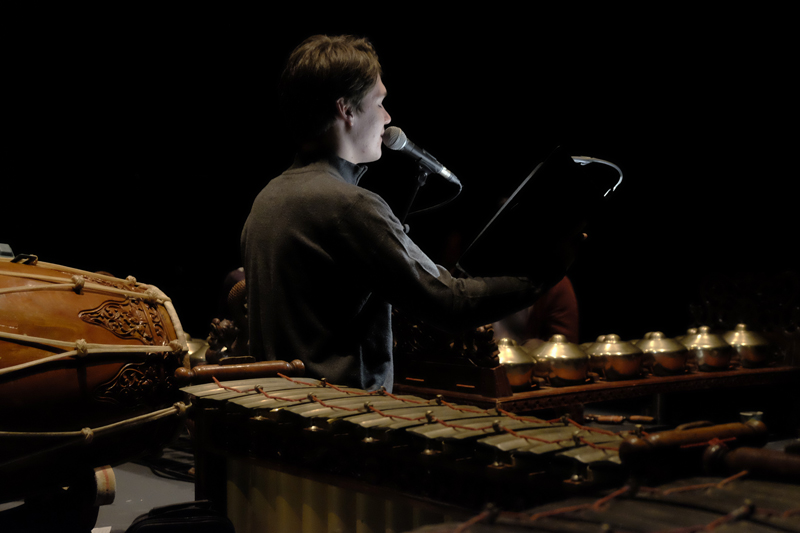 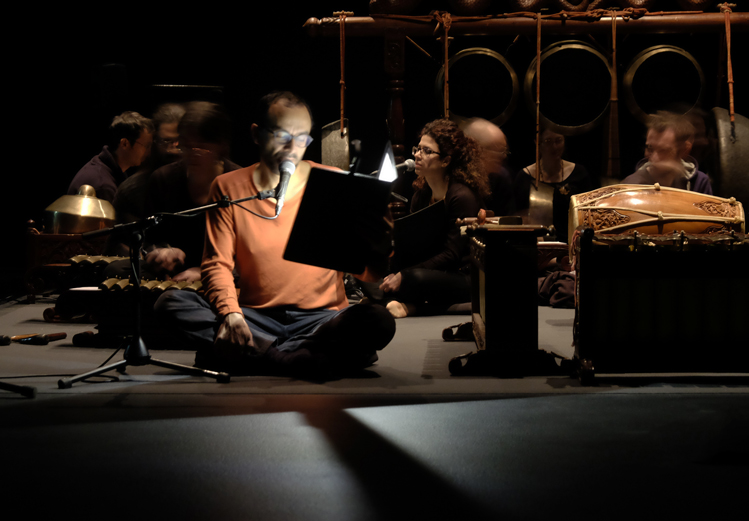 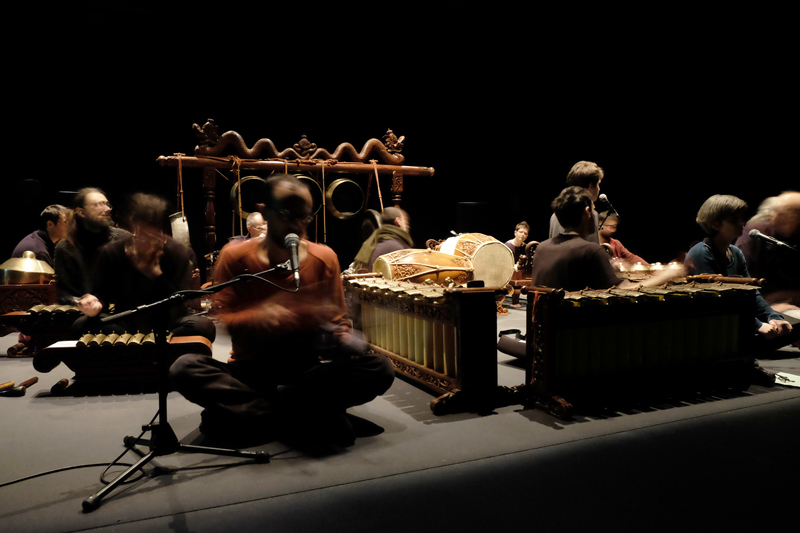 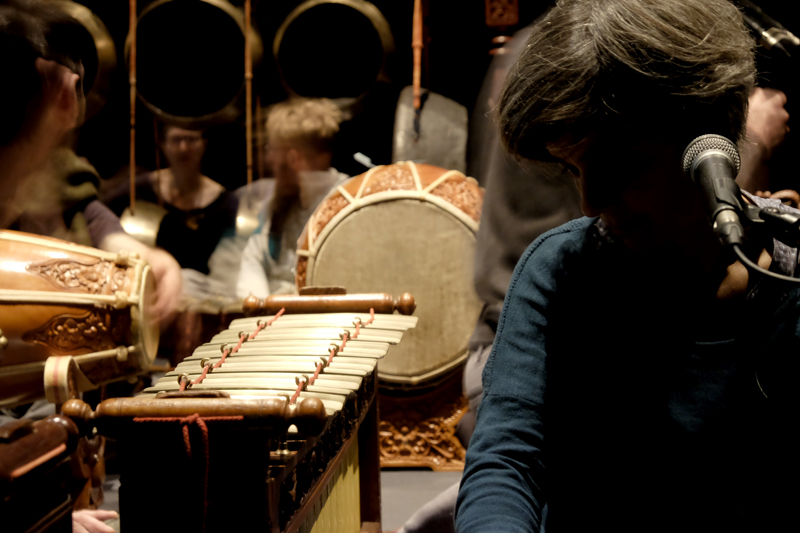 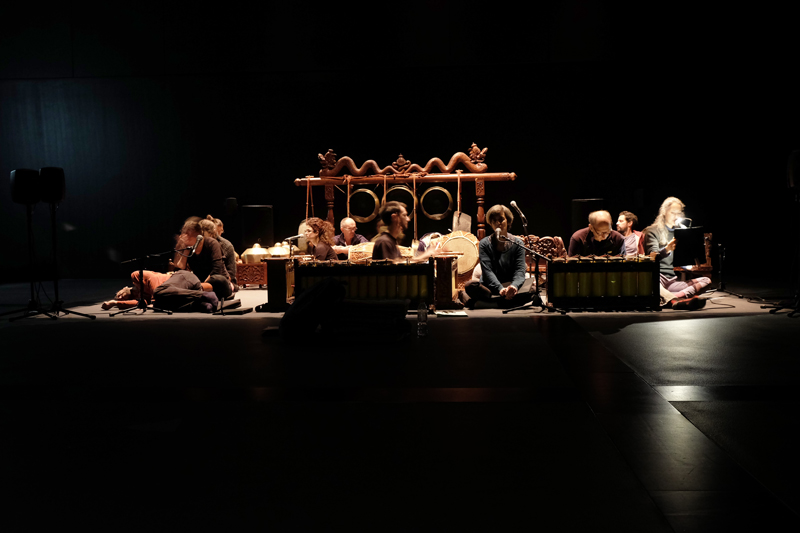 The show was put on once more in January 2020 as part of the Nuit de la Lecture by a group of students from Rennes 2 University, under the guidance of Paloma Fernández Sobrino and Arnaud Halet. Watch the recording of this show: